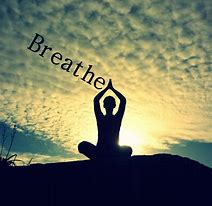 It’s been another great weekend for British sport with Geraint Thomas winning the Tour de France and Lewis Hamilton the Hungarian Grand Prix. Followers of Formula One may have detected that Hamilton appears more calm and measured than he has in earlier seasons. In a recent interview (Beyond the Grid, F1 website) he talked about the impact of the highs and lows of F1 racing. In the early years this caused him to have extreme highs and lows of emotion. He has learned that the calmer he can be when racing, the better it will be for him. He refers to the calm approach of Serena Williams and Muhammad Ali and suggests that it’s like shooting at a target, but you are moving around; if you can breathe and calm it down you will be much more likely to hit the target.

This reminded us of a recent management development cohort. One of the delegates was an experienced shot but when he was trying to hit the target, adrenalin was taking control of his body and hindering his performance. He was able to relate this to other areas of his work life and we worked with him to help calm down his automatic, adrenalin filled response. This has helped him to be calmer and more measured in his approach.

The outcomes from our management development programme are much wider than a traditional leadership programme because of our unique mix of theory, experiential activities and coaching.

Do you have any managers/leaders who would benefit from developing and fine tuning their leadership skills?

Trackback from your site.